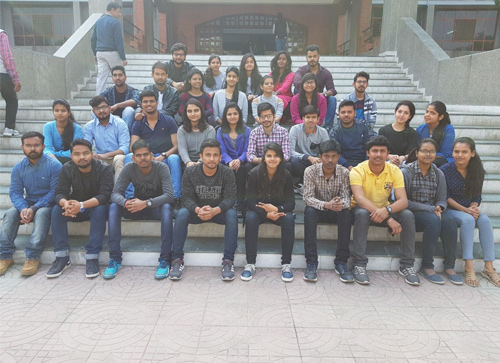 Introduction
“OORJA” is the technical Society of Electrical & Electronics Engineering students. The society was established on 21stJan 2006, to enhance techno-managerial skills of the students and bring laurels to department and college through innovative ideas, conducting events like workshops, model building competitions and technical quizzes.

On 5th November 2022 a workshop “ROBOIGNITOR 2.0” was organised by OORJA SOCIETY in our college. It was a captivating workshop as it received massive participation from students of the all departments. Students were asked to register for the workshop through Google form online and a total 57 registration were made, later 48 participants attended the workshop. Participants were distributed to make a team of 6 members for the hands-on session which was after the Theoretical Session.

The workshop began with warm welcome with an introduction to the events organised by the Team Oorja over the past few years. Then a brief introduction about the workshop Roboignitor.

The workshop consisted of two sessions, which were;
• Theoretical Session
• Hands-on Session

In the Theoretical session, the members of team Oorja gave the students knowledge of Robots, how they work, and how they can use them in various parts of their life. They also gave information about the process of making a Voice Recognition Robot and what components are used and the knowledge about the components with the programming part applied in the robot.
Students also had the privilege to go through some Robot equipment. The Theoretical Session was about 3 hours after that we had the hands-on session. 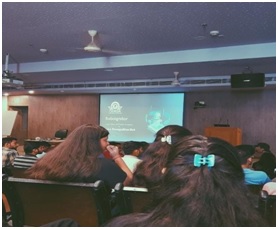 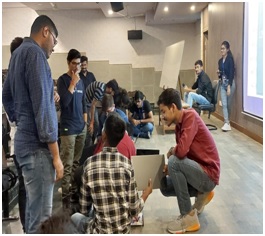 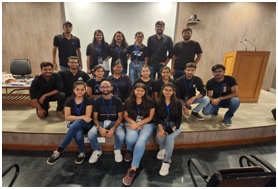 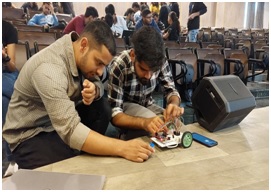 The Hands-on Session was for the students to have a real experience of how a robot works and how they can use it. In the workshop, they were provided with the equipment by which they had to make their own Robot which everyone succeeded. The hands-on session gave students a better experience of what they learned in the theoretical session. 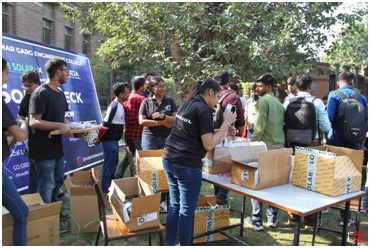 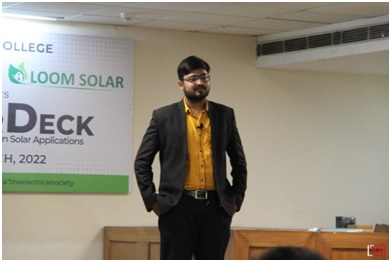 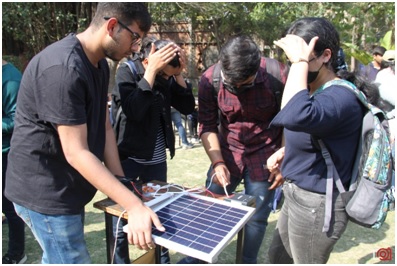 On 3rd March,2022 a workshop was organized in our college in collaboration with LOOM SOLAR. It was a captivating workshop as it received massive participation from students of the EN Department. Students were asked to register for the workshop through Google form online and later were asked to make a team of 4 members for the hands-on session which was after the workshop.

The workshop consisted of two sessions, which were;
• Theoretical Session
• Hands-on Session

In the Theoretical session, the people of LOOM SOLAR gave our students knowledge regarding Solar panels, how they work, how they can use them in their daily life etc. They also gave information about how to build your startup from core electrical engineering. Students also had the privilege to go through some solar equipment.

The Hands-on Session was for the students to have a real experience of how a solar panel works and how they can use it. In the workshop, they were provided with the equipment by which they had to light a mini tube light which everyone succeeded and all were inspected by our guests. The hands-on session gave students a better experience of what they learned in the theoretical session.

The idea of conducting this workshop was to make them aware of the various types of robots and their functioning. It was about gaining hands-on experience with the robots.

We were overwhelmed by the participation of students and really enjoyed it a lot and dispersed with a sincere hope that such interactive workshops should be organized again by giving the students a chance to display their talents and gain knowledge. 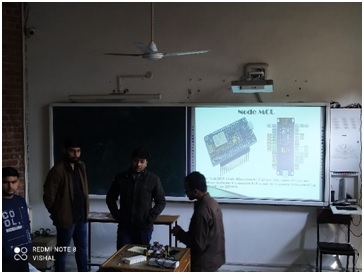 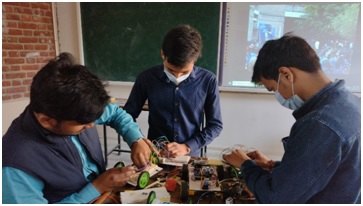 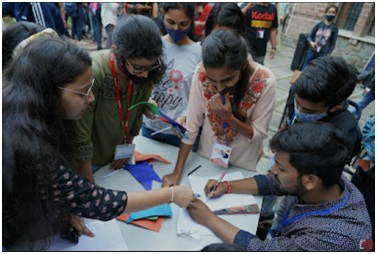 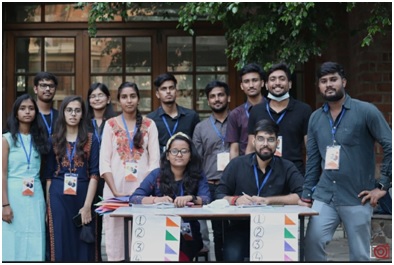 On 26th October 2021, a technical, as well as non-technical event, was organized in our college. It was an enthralling event as it received massive participation of students from various departments of all three years. More than 100 teams participated.

Scavenger Hunt round included two sub-rounds 1-A & 1-B.

In Round 1-A, participating teams were given a list of 5 items and were asked to collect them within the stipulated time.
In Round 1-B, participants were asked to find 5 flags of different colors in a given sequence, which were hidden on the college campus by the team Oorja itself.

In Round 2, a puzzle of electrical components was given with a crossword. Participants were asked to solve the puzzle by putting the correct pieces in place. Out of 12 teams, first 5 teams who completed the round were taken to the last and final surprise round.

In Round 3, electrical components were provided. The participants were asked to make a working & well-presentable model. The team who completed the circuit within a given time was declared the winner.

We are overwhelmed by the participation of students hoping that such interactive events will be organized again giving the students a chance to display their talents.

One event was organized by Oorja Society during the Odd Semester 2019-20. The details of which are as follows:
Event Name: Effulgence
Venue: Near ME Lawn
Date: 08.11.2019
No. of participant : 80 students
Type of Event : Team (2 to 3 students per team)
Event consists of `3’ rounds:

• Questionnaire Round: Questions of domains like Science, Riddles and Netflix and Picture were asked which lasted for 30 minutes. The fourteen teams with highest score and minimum response time were qualified for the next round.
• Murder mystery Round: `3’ questions related to Murder Mystery and pictorial information were posed to be solved within minimum time. The five teams were qualified for the final round.
• Working Model Round (Final): The qualified teams were supplied certain components and were asked to built-up functional model out of the component given only. The `3’ teams built-up the functional model within least time declared first, second & third prize winners as listed below; 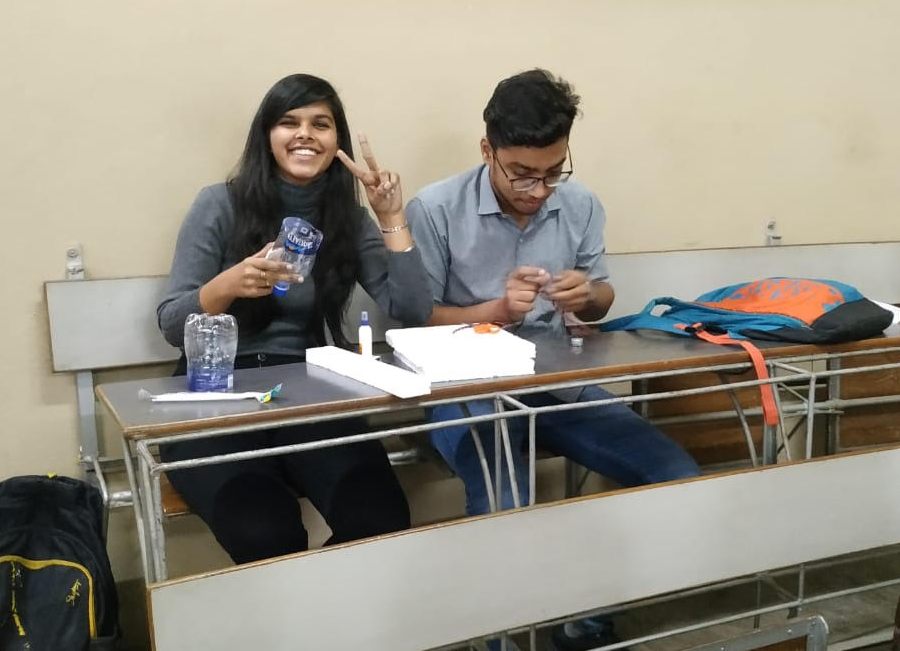 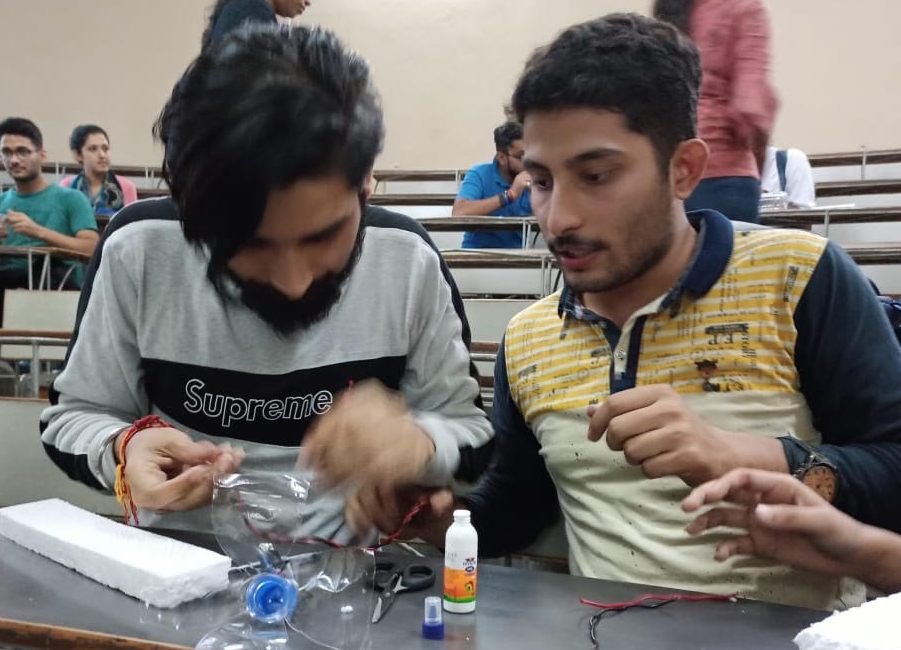 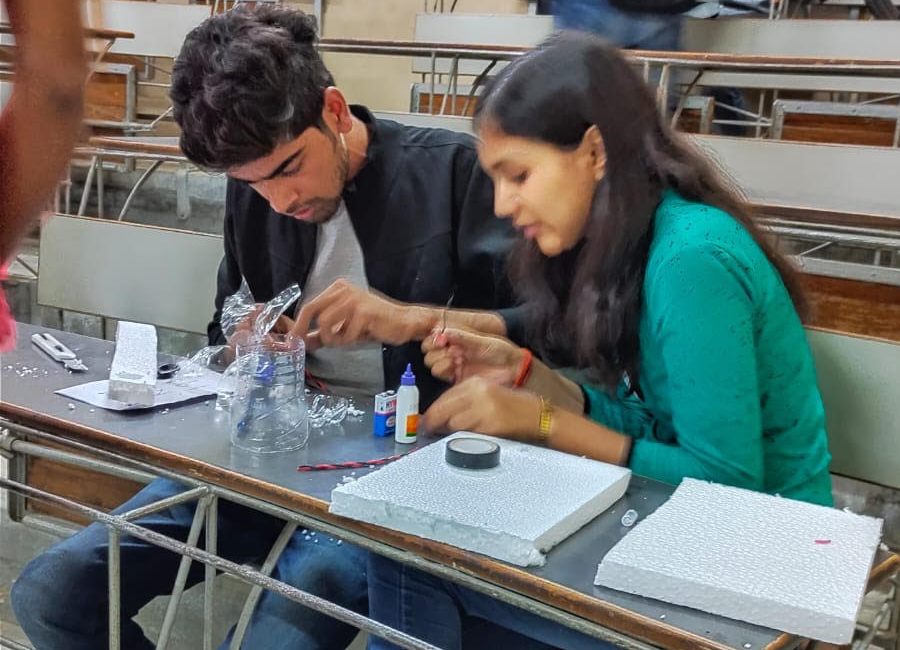 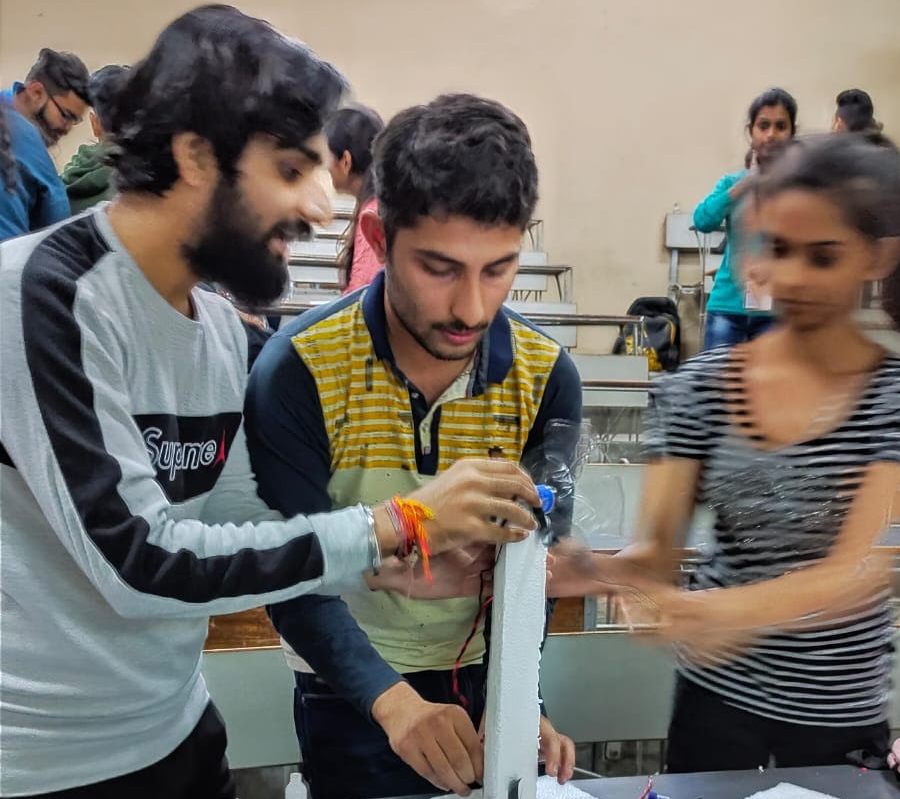 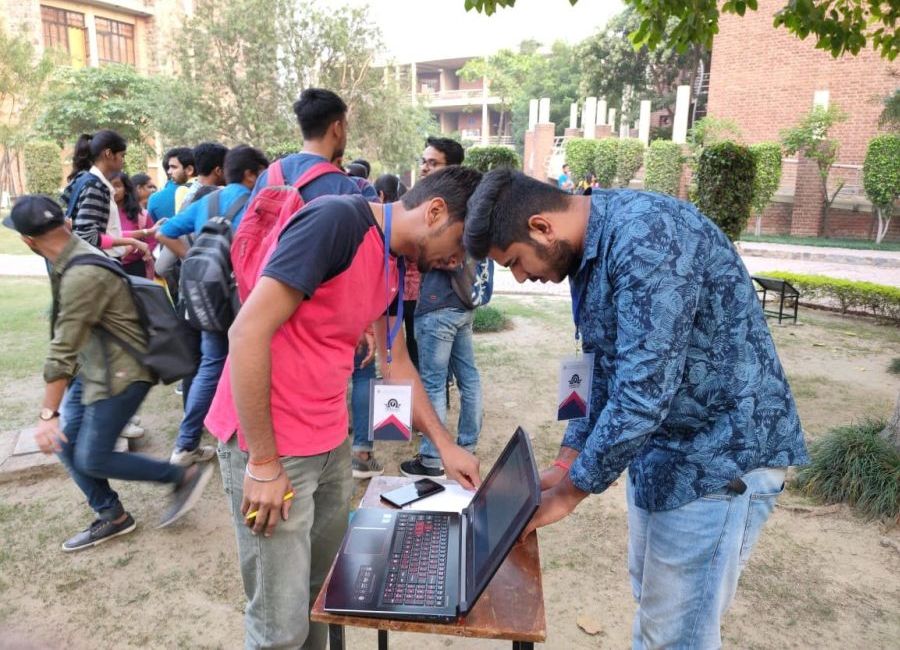 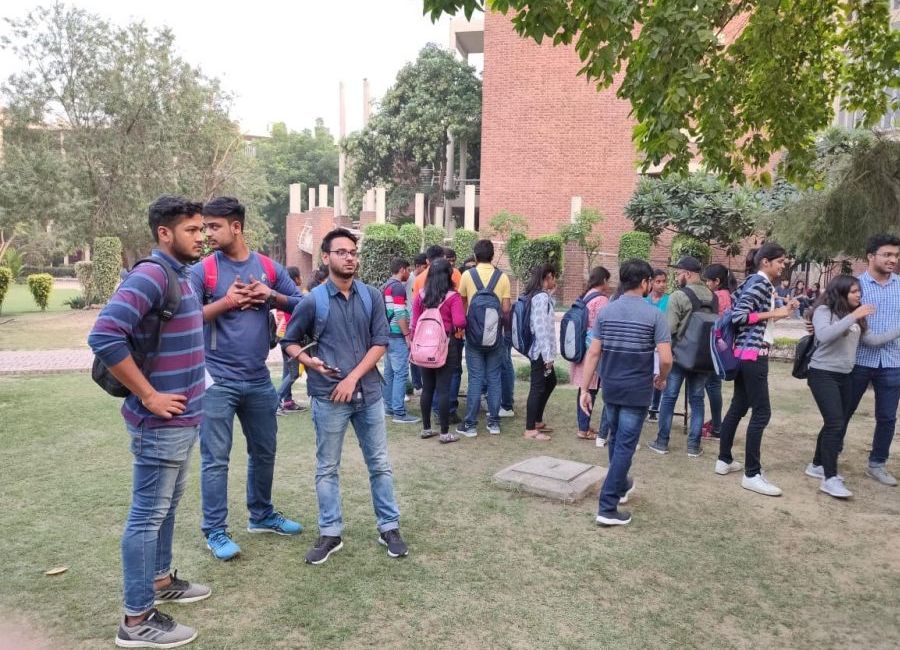 Team OORJA organized a bot battle event “ROBOCLASH" for students to grandstand their ability of robot fabrication and handling.

Two roles were assigned: a defender and an attacker. Attacker had to choose between two paths, one was full of hurdles and other was a maze, and defeat the defender by entering into the flagzone and hit the three flags. Each flag was assigned some points. The time limit for each team was 5 minutes.

The results of 'ROBOCLASH 2017' are as follows-

This workshop is annually conducted by all the three societies together, with emphasis on basics of manual and autonomous robotics..

Dr. Bhupal Singh HoD (EN department) along with Prof. V.K.Parashar, Dean Students Welfare and Prof. I.P. Sharma, HoD (ME Department), graced the occasion with their presence during the event.

The event comprised of set of two rounds: the first round was synopsis submission in which 40 teams participated out of which 26 qualified, were for the final round. Large number of students from all the years and disciplines, had shown interest and visited the event.

The following faculty members adjudicated at the competition:

The two core technical societies of AKGEC namely Oorja and Samveg conducted a workshop on ‘Quadrotor – Fundamentals and Design’ for 2nd, 3rd and 4th year students.

The workshop was held in the college for the very first time and it was a great success. With perfect coordination of the two societies and the teaching skills of resource persons the basic skills of Quadcopter were imparted to more than 200 students.

There were a few students who worked further and made a quadcopter of their own which was further presented to DSW Prof. V. K. Parashar in the event Exubrenza. 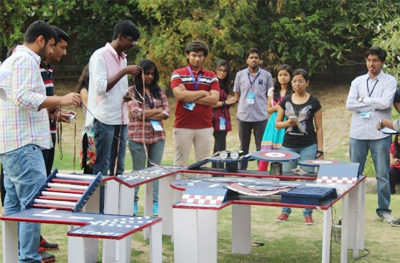 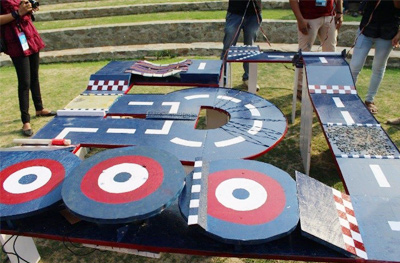 Team OORJA successfully organized ROBORODENTIA – A Manual Robot Racing Competition on Wednesday, 06thApril 2016 to instill in students the importance of robotics and its working. It also encouraged students to take part in various robotics and other related events at national level.

The event was organized under the guidance of Dr. Bhupal Singh, HoD EN Department along with the faculty coordinator of OORJA society, Astt. Prof. Dinanath Prasad. A total of 27 teams participated in the event with their manually controlled ROBOT that had capacity to cover maximum distance in shortest possible time, challenging the hurdles and be one of the best opponents.

The event was a great success with all the teams showing utmost zeal and enthusiasm. The event was successful in instilling innovative thinking and technical acumen among all the students of the college. In the event students from all the years and disciplines came in large numbers and the participation of many senior students also made the event successful.