Pulsating ambience, flashing lights, and foot tapping music, marked the dawn of SAHASRA’ 2019 – The Freshers’ Party for AKGEC B.Tech, AKGEC MCA and AKGIM MBA newly admitted students on 30 September, 2019. The excitement inflated to a high as performances graced the stage. Joy and happiness could be seen on the faces all around.

The evening gave room to the newcomers to build a rapport with their batch mates, seniors and faculty and become part of the AKGEC fraternity. Dr. R.K Agarwal, Director General, AKGEC, welcomed the young energy in the clan and inspired them to put in their best for a happy, successful and prosperous life ahead. 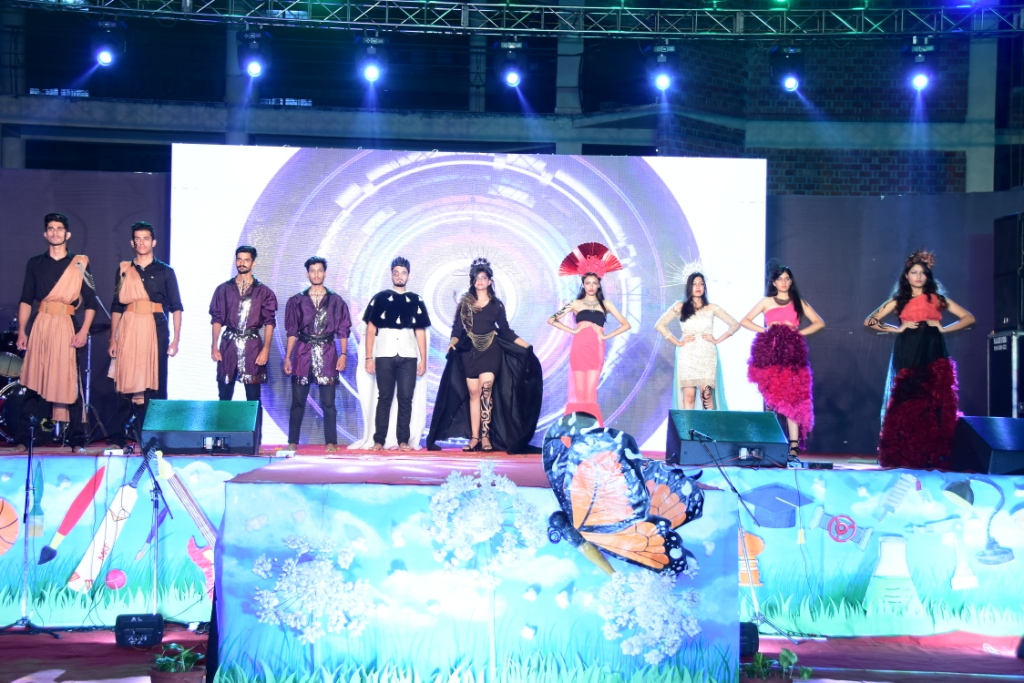 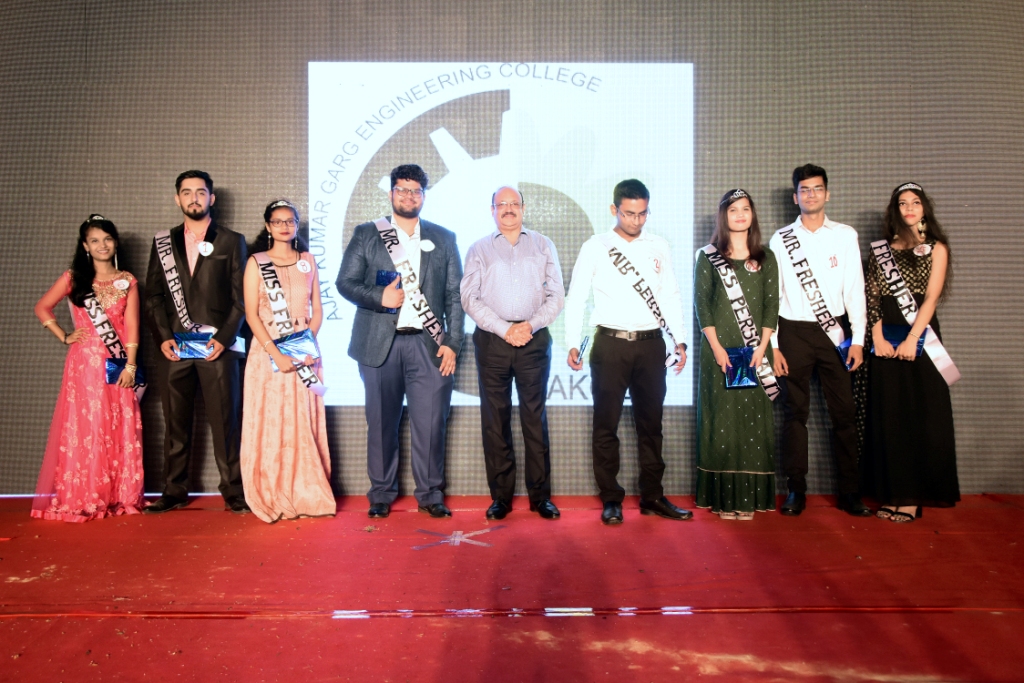 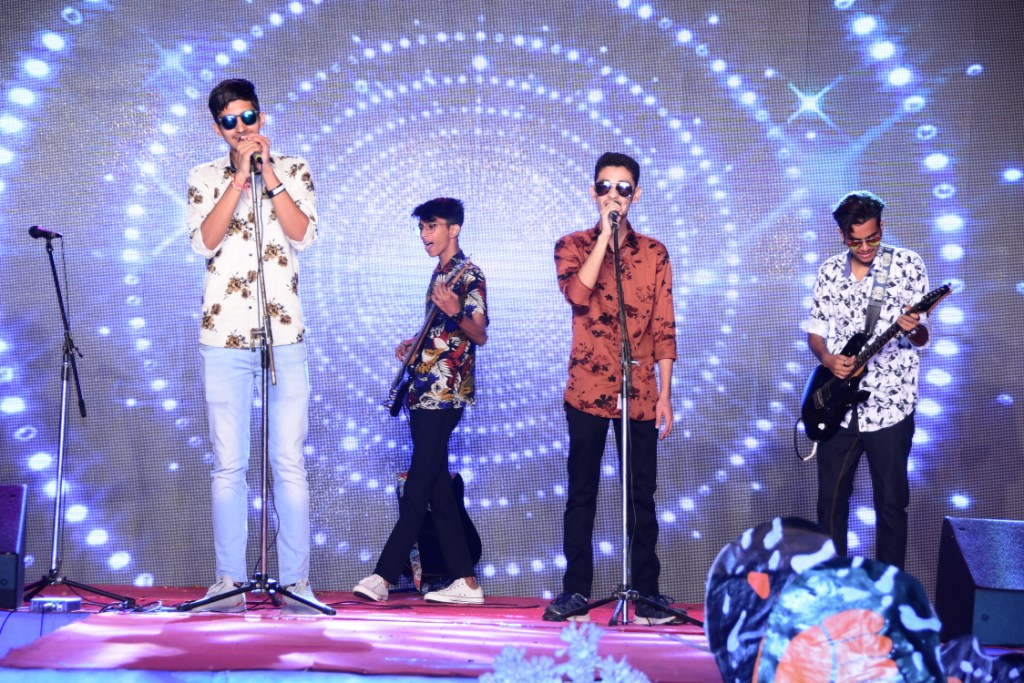 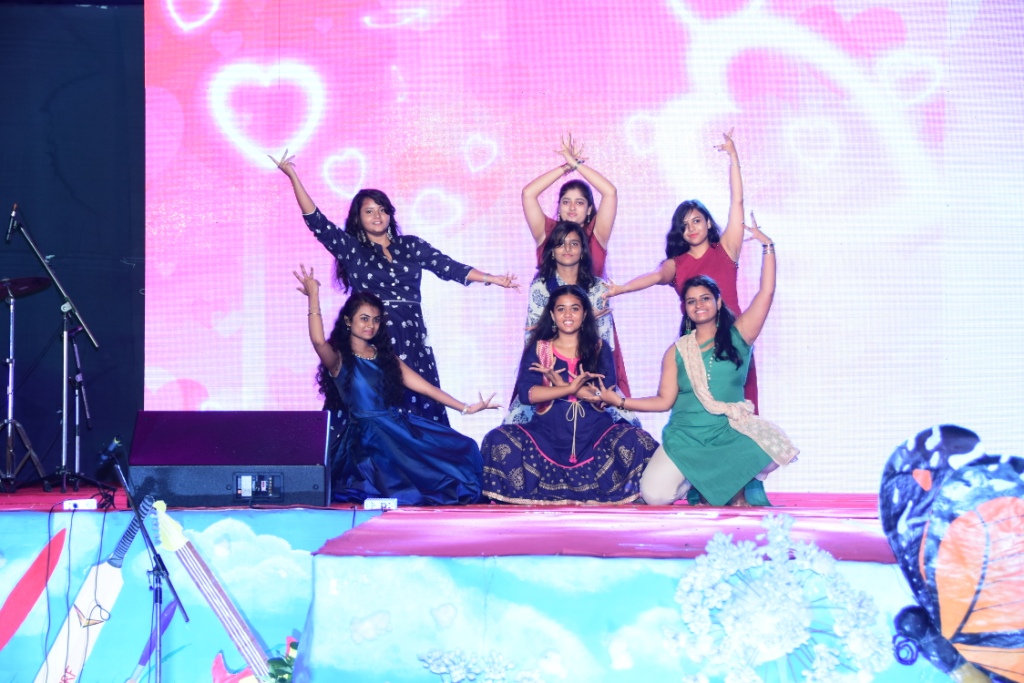 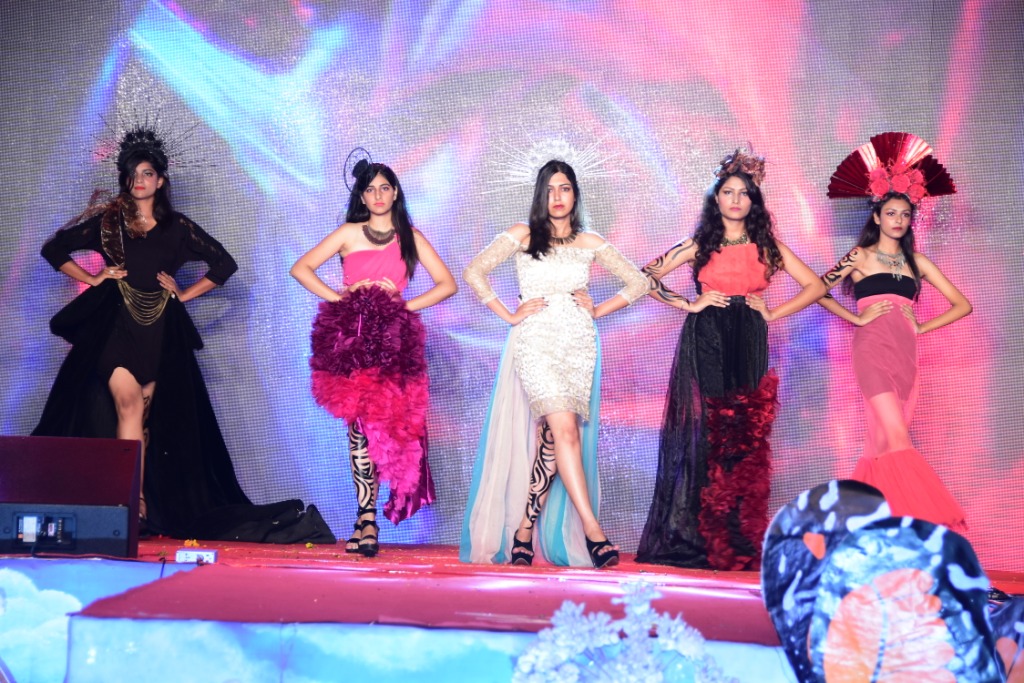 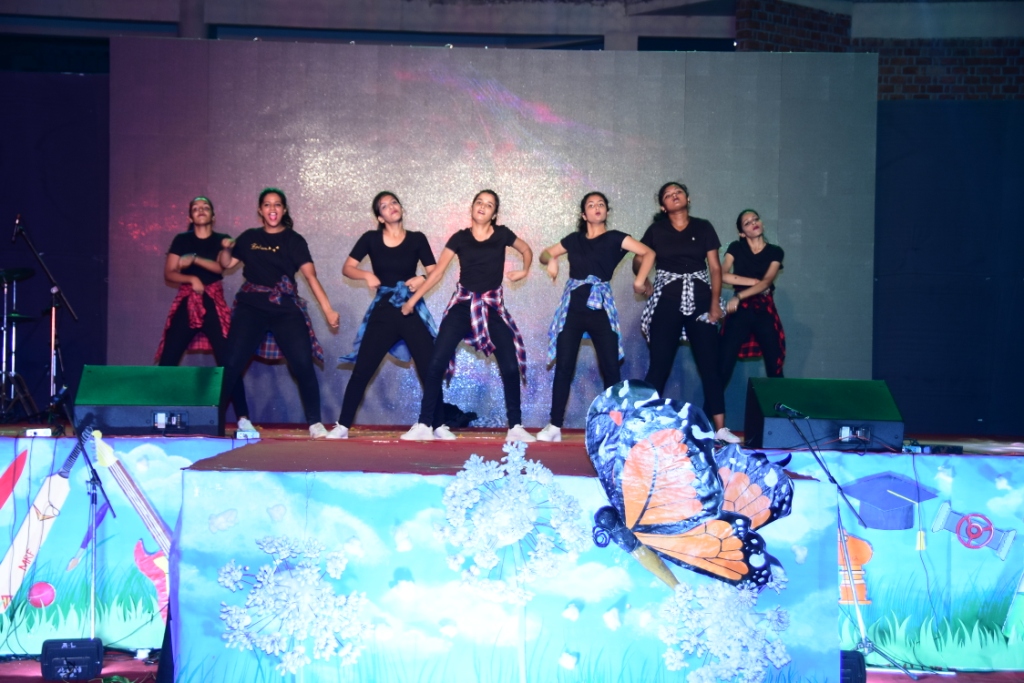 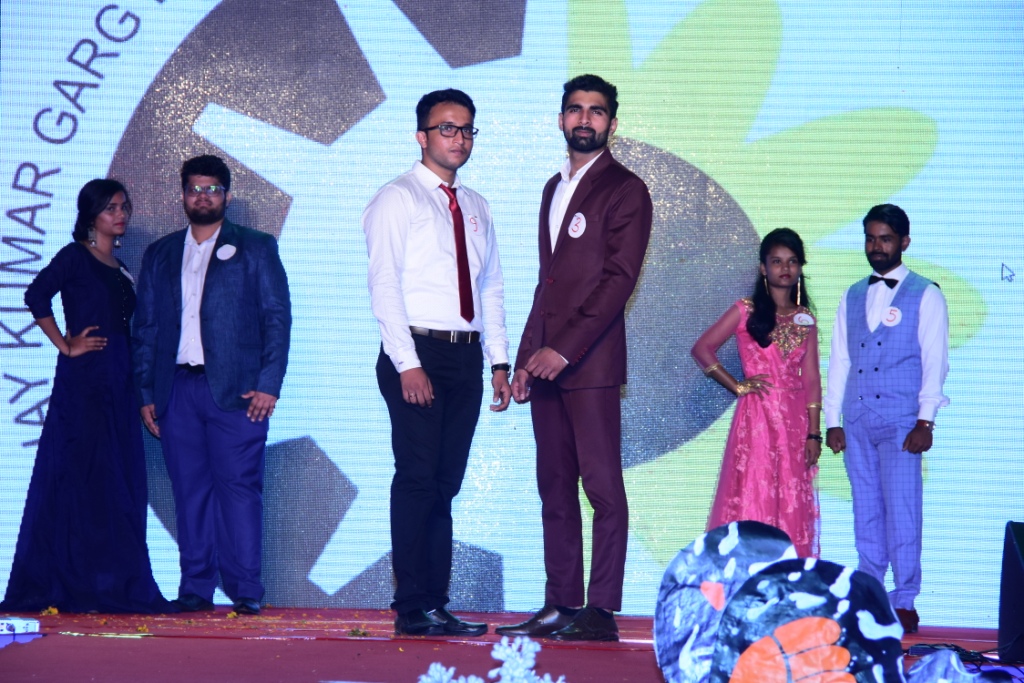 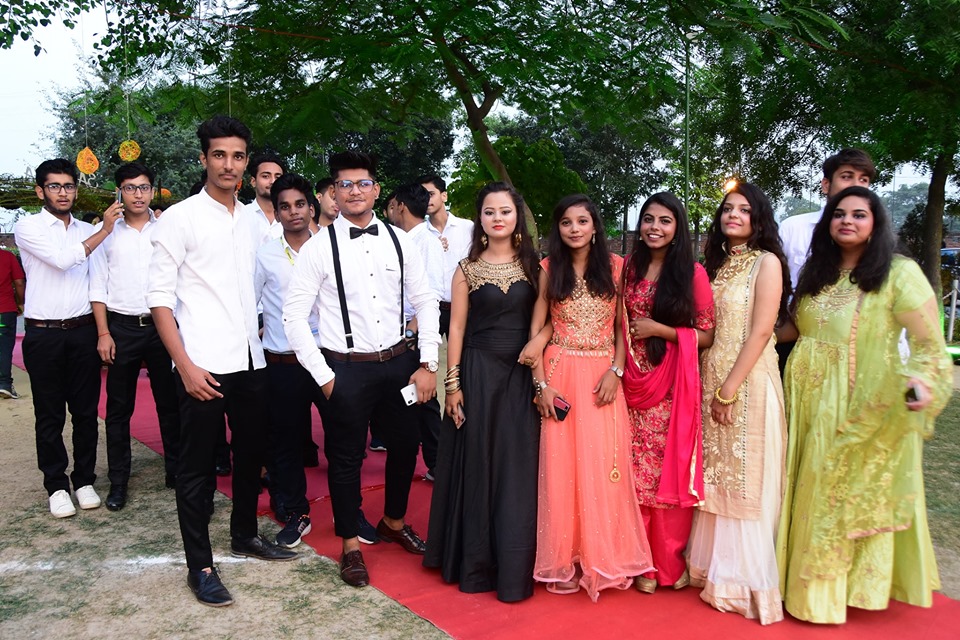 Ajay Kumar Garg Engineering College always aims to provide students a comfortable surrounding and encourage them to excel and prosper in their life. With this theme, the college commemorated the new beginning of first year students by building a friendly atmosphere for the freshmen and welcoming them for their exciting journey ahead with an evening of exuberance.

The event was graced by the presence of Director R.K. Agarwal and HoDs of various departments. A series of amazing performances were put up by the 2nd year students, a fiesta consisting of dance, dramatics, fashion show and singing performances.

The event wouldn’t have been a huge success without the valuable efforts of Prof. V.K. Parashar, DSW who constantly aided the 2nd year students in organizing this grand fiesta. The Director addressed the first year with his esteemed words of wisdom and encouraged them to excel in all spheres of life. 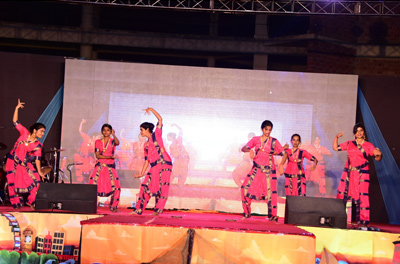 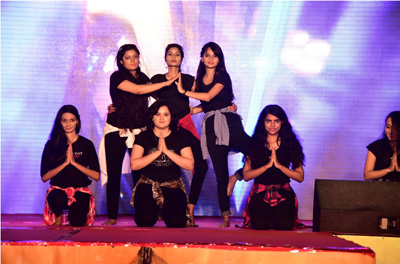 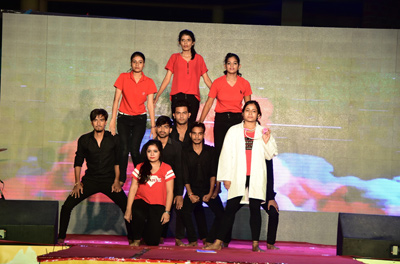 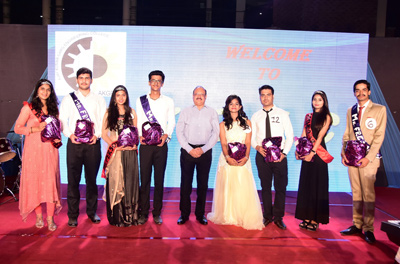 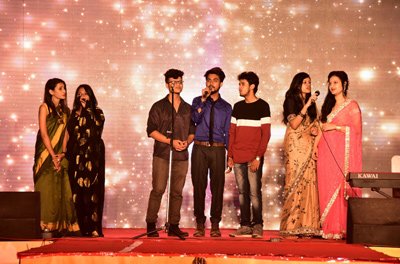 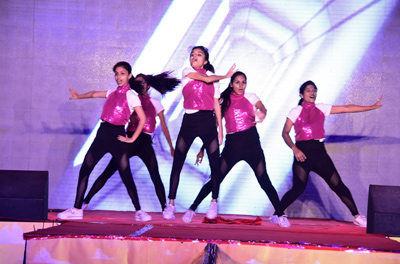 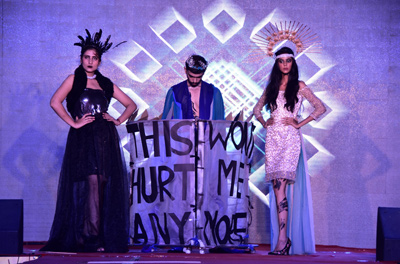 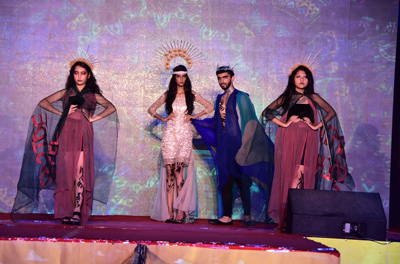 The wondrous fresher party, Vihaan 2017 commenced as the anchors welcomed the respected faculty members and the newly admitted first year students. Director Dr. R.K. Agarwal was welcomed with a presentation of sapling.

This magnifying event started with a reminiscing Ganesh Vandana performed by the 2nd year Taal members as a token of almighty’s blessing. Director Dr. R.K. Agarwal then took upon the stage as he addressed the freshman 2017. He welcomed and appreciated the first year on their new journey ahead and imparted important life lessons to the students.

The award ceremony followed next as the talented and meritorious students of the college were awarded with accolades by the Director Dr. R.K. Agarwal. This was followed by a talent hunt and a questionnaire round to choose the best from all the contestants.

The ceremony advanced with the ramp walk and talent hunt for Mr and Miss Fresher’s 2017. The first year contestants elegancy and talents swayed us all. This was followed by a round of questionnaire. The participants stole the glam light and performed wonderfully.

Goonj, the dramatics society of our college then gave a very crucial message on religion and livelihood in their amazingly performed play themed MAZHAB. The ramp was then lighted up by the glamorous divas and hunks of Team Verve who stole away audiences heart by their spectacular performance. They showcased their modelling skills as they sent an important message of self acceptance. The stage was then lit up by Team Taal as they hyped the entire aura with a dance performance on latest Bollywood music.

The most awaited event of the show followed as the following winners were awarded by Director Dr. R.K. Agarwal

The night was then tuned into a melodious mood as the members of Team Euphony stole away all the hearts with their heart throbbing performance. It was indeed a marvellous medley. The evening concluded and came to end with the vote of thanks and appreciation of the convenors without whose efforts the event wouldn’t have been successfully and thriving.

‘Udbhav’, the welcome party for the First Year students of B.Tech was organized by their immediate seniors on 8th September, 2016. The evening marked the induction and integration of new entrants into the AKGEC family. The event created many memories for the first year students and their seniors alike, with an array of cultural programs organized by the various cultural societies of AKGEC, namely Sur, Taal, Goonj, Footprints and the College band ‘Euphony’. The second year students synergized their efforts to put up a plethora of scintillating performances in the form of traditional, fusion and western dances, exhilarating singing performances and splendid decoration, thus making Udbhav a soulful evening.

Udbhav also saw a very enthusiastic participation from the First Year students of B.Tech who competed with full zeal and great enthusiasm to be crowned the Mr. and Ms. Fresher’16. After three rounds of exemplary performances comprising Ramp Walk, Question & Answer Round and Individual Talent Round, the following 1st Year students became the freshest faces of AKGEC, selected by an eminent jury and were awarded the titles as indicated below:-

The results were announced by the Dean Students Welfare Prof. V.K. Parashar, who was instrumental in the organization and smooth conduct of Udbhav’16. The titles were conferred by the honorable Director Dr. R.K. Agarwal, who graced the occasion with his benign presence and imparted his words of wisdom to the First Year students and motivated them to aim for excellence.

Every event of AKGEC reflects the rich culture and legacy that the college strives to inculcate among its students, and ‘Udbhav 2016′ was no exception to this fact. The event exhorted the First Year students to imbibe this rich legacy and reflect it in achievements of excellence in all the spheres of their life. The Freshers Party 2016 concluded with the Student Conveners Rishab Maurya, Shagun Singh and Anubhav extending the Vote of Thanks towards all those who were involved in making Udbhav the memorable evening it proved to be, for the AKGEC family. The evening ended with a sumptuous dinner and the students left the venue with beautiful memories to cherish throughout their college life.